My son has really progressed in his speech. Sometimes when I find myself grappling for words, he finishes off my sentence in one single accurate swoop which leaves me dumbfounded! Yes this is the same boy you saw getting in touch with his Neanderthal yesterways not so many days ago!

However, there are also moments when his papa and I wonder what he is on about. At home we speak a mix of French and English and the occasional Singlish thrown in. Why?! We are living in Singapore anyways :) and also, it can be fun to see him pepper his speech with the “lahs”. And, although it can get pretty confusing for a 4 year old to apply extensive syntax, I  have to admit that this is where the fun lies. For example, the French really like to end their sentences with “….., non?”
as an affirmation to their question. Little Man however is saying it the opposite way, “Mama, I have to shower now, yes?”

I especially love it when he is playing with the neighbour’s kid and I overhear him say this: “Ok, we take a pause? I’m tired already LAH!” Pause? Who says that?!! Hahahaha!

I end my post with this reminder that most of us speak a funny language too: 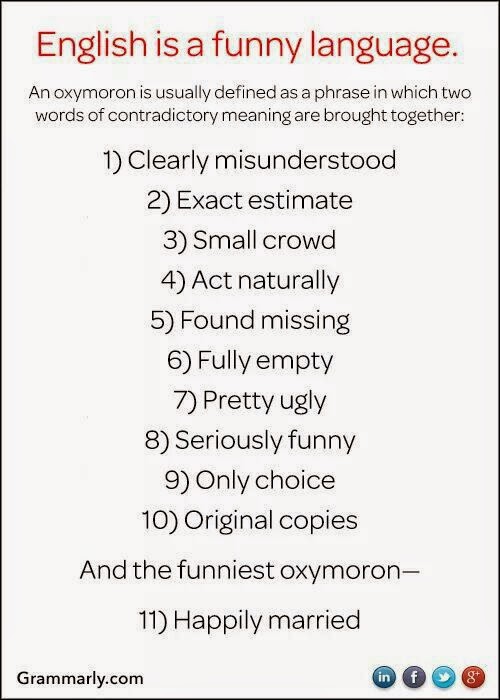 Hope you’ve had a good Tuesday!

One reply on “What do you speak?”

Happily married is my favorite

This site uses Akismet to reduce spam. Learn how your comment data is processed.